In Yeshua’s Discourse on Worry Jesus confronted one of the most serious concerns of the disciples: how would their basic needs be met now that they had given up their possessions and livelihoods in order to itinerate full-time with Jesus? What can Jesus’ warnings against praying like Gentiles teach us about Jesus’ relationship to Second Temple Judaism and his attitude toward non-Jews? With the Lost Sheep and Lost Coin similes Jesus explained to his critics that he ate and drank with “sinners” because God rejoices when a person repents. God wants his friends—including Jesus and Jesus’ critics—to join him in the celebration. In the Call of Levi story we learn about Jesus’ attitude toward sinful persons and about his relationship with the Pharisees. Did Jesus offer a rationale for teaching with the aid of story parables in this pericope, or does the Mysteries of the Kingdom of Heaven saying celebrate the dawning of the new age of redemption? The Hebrew Life of Yeshua, the source that Robert Lindsey believed ultimately lies behind the Synoptic Gospels, contained a conversation about John the Baptist and his relationship to the Kingdom of Heaven. David N. Bivin and Joshua N. Tilton attempt to reconstruct that conversation here. When Jesus’ twelve emissaries to Israel returned from their mission, thrilled by their success at exorcising demons, Jesus described to them a vision of the expulsion of Satan from heaven. The vision’s message was double-edged: on the one hand, the downfall of the angelic prince meant that the way was opened for the redemption of Israel; on the other hand, having fallen to earth, Satan was about to unleash his fury against God’s chosen people. The Apostle and Sender saying (Matt. 10:40; Luke 10:16) not only gave assurance to Jesus’ emissaries as he sent them out on their first healing and teaching mission, it also offers us an extraordinary glimpse into Jesus’ high self-awareness as the shāliaḥ, or official representative, of Israel’s God. In this segment of the Life of Yeshua commentary, David N. Bivin, JP’s editor-in-chief, and Joshua N. Tilton envision how Jesus’ Apostle and Sender saying may have been worded in Hebrew and explore the Jewish backgrounds of this profound saying.

Originally released as a pamphlet entitled The Gospels in 1972, Jerusalem Perspective brings you this discussion of the Synoptic Gospels by Robert L. Lindsey in a newly revised and updated edition. Herein Lindsey critiques the theory that the Gospel narratives were developed orally by Greek speaking Christians in a decades long process. Lindsey argues that there is strong evidence that the material preserved in Matthew, Mark, and Luke descends from a Hebrew document written shortly after the events it describes. David N. Bivin and Joshua N. Tilton suggest a Hebrew reconstruction of Jesus’ instructions about how the twelve apostles were to behave when they entered a town. In this pericope we learn about the giving and receiving of hospitality among Jesus’ earliest followers. We also learn what may be wrong about the popular view that shaking the dust from the apostles’ feet was a symbolic action meant to signal to Jews who rejected Jesus that they were henceforth to be considered as Gentiles. In this segment of the LOY commentary David Bivin and Joshua Tilton consider the command to avoid Gentiles and Samaritans and the prohibitions against bringing travel gear for the apostles’ journey. Does the story of a Canaanite woman’s encounter with Jesus, which is found in the Gospels of Mark and Matthew, show indications of having descended from a Hebrew source? Why did the author of Luke fail to include this story? Explore these questions and more in “Jesus and a Canaanite Woman.” Yeshua told his twelve emissaries: “There’s a huge harvest, but a shortage of harvesters. So send word to the owner of the field to hire more workers to help them finish the job.

“Go! But beware, I’m sending you out like a defenseless flock into a pack of ravenous wolves.” Yeshua summoned his twelve emissaries to Israel and he gave them power to drive out dangerous spirits and to heal every disease and sickness those spirits had caused. Then he sent them on ahead in pairs to every city he intended to visit. One day Yeshua called his disciples together and chose twelve of them to be his emissaries to Israel. Their names were Shimon Petros and Andrai (his brother), Yaakov, Yohanan, Pelipah, Talmai’s son, Matai, Tomah, Yaakov Halfi’s son, zealous Shimon, Yehudah Yaakov’s son, and Yehudah from Keriyot, who was a traitor. In this article, Dr. Robert Lindsey discusses the importance of the so-called “minor agreements” of Luke and Matthew against Mark for properly understanding the interrelationship of the Synoptic Gospels. David N. Bivin and Joshua N. Tilton collaborated with Lauren Asperschlager to bring this article, which previously existed only as an unfinished draft, to Jerusalem Perspective subscribers. The purpose of this video is to describe Robert Lindsey’s theory of how the Gospels of Matthew, Mark and Luke came into being and how they are related to one another. When three eager prospective disciples asked permission to follow Jesus, Jesus responded to each of them with a riddle. Why would God allow Jesus and his followers to sleep on the ground when he provides safe places even for the animals to sleep? How can the dead bury a corpse? Why would a disciple set his hand to a plow when Elisha had given up plowing in order to follow Elijah? These riddles would have to be puzzled over before their meaning was fully understood. But each of the riddles were ominous, and it appears that each of the three prospective disciples reconsidered his desire to join Jesus. 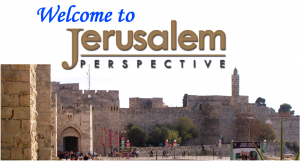 Want to learn Hebrew? Check out our online Hebrew course Aleph-Bet: Hebrew Reading and Writing for Christians in 17 Easy Lessons. Life of Yeshua (LOY) – A Commentary on the Synoptic Gospels, with a Reconstruction of Their Conjectured Hebrew Ancestor. Check it out now!